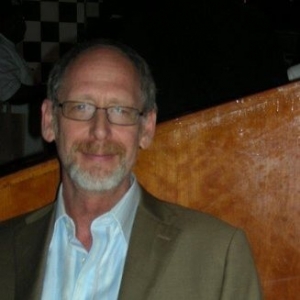 A native of New York City and Chicago, Mr. Graystone moved to New Mexico in the early seventies.  As president of his own companies, the first of which was founded in 1988, he was a leader in the construction industry in New Mexico for over 25 years, serving as Past President of the New Mexico Building Branch of the Associated General Contractors (AGC) of America in 2004 and has been a long time member of the Lean Construction Institute.

Throughout his career he has strived to be an active proponent of constructive change and education in the construction industry and the A/E/C community. His Lean Journey began with his early involvement with the leadership and Board of Directors of the New Mexico Building Branch of the AGC. It was recommended that Prof. Greg Howell be appointed AGC's Visiting Professor in Construction Management at the University of New Mexico in the late 1980s. Sean became a continually committed student and proponent of Lean Construction methodology thereafter, attending training sessions in the early 1990s in Colorado taught by Greg Howell, Glen Ballard, and others.

In the early 2000s involvement with the New Mexico-AGC, the LCI, Prof. Greg Howell, Prof. Jerry Rounds, UNM, and others led to his very active involvement in the industry/education collaborative establishment of a trades-education based High School in the city of Albuquerque, NM. The thinking and vision behind that effort was laid out in his paper presented by invitation at the LCI's 2004 Symposium on the Crisis in Construction Labor.

In 2009 he relocated to Washington D.C. after being hired to oversee the conservation, preservation and modernization of John Russell Pope’s monumental “House of the Temple.”  Since moving there he is credited with assembling and managing the first and successful use of a Lean IFOA in a conservation/historic building context, and with breaking the industry barrier which prevented poly-party IFOAs from procuring design liability insurance on their contracts and projects.

Mr. Graystone is available as an independent consultant, and owner of Project Leadership and Delivery LLC.