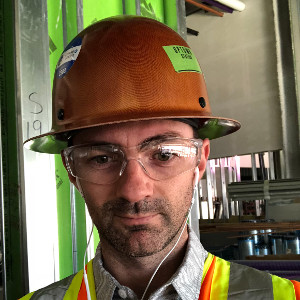 Matt is the CEO of StructionSite, an automated site documentation tool using 360 cameras. Prior to StructionSite, Matt spent 9 years at FARO Technologies where he learned about lean manufacturing and process control while helping automotive and aerospace manufacturers implement 3D scanning solutions on their production lines.

He fell in love with the construction industry in 2012 when he met his now cofounder Philip, who was working as a VDC Project Engineer for a general contractor and building a $1B hospital in Northern California. Matt assisted Philip and that team with the implementation of 3D laser scanning workflows for structural monitoring and floor flatness analysis which ultimately won that team a CETI award.  He currently lives in Northern California with his wife and daughter and loves a good hike and deli sandwiches.