I’m a Project Executive and I have heard a great deal about the benefits of co-location for a project team, but how should I set the team up to optimize collaboration?  -  Close Quarters

My brother and I are twenty-one months apart and couldn't be more different if we tried.  When we were 7 and 5, we were constantly getting into fights.  My Mom, in her infinite wisdom, forced us to move into the same room together.  Initially, every cliché possible occurred... the floor was taped, action figures were labeled, and battle lines were drawn.  But in a few days we realized the boundary lines just didn't work.  Over the next few weeks we learned how to effectively disagree without fighting and even began to pool our resources to create epic fight scenes together.

In the traditionally adversarial construction industry, co-location can be a fantastic way to bring a project team together.  But just collecting the team in the same building may not achieve the outcomes that you intend. IPI Board of Advisors Member John Thorsson of NCC Construction Sweden shared an important lesson learned about co-location at the IPI Awards Ceremony in May this year.  He called it "How We Sit Affects How We Work".

Co-located... but on separate floors 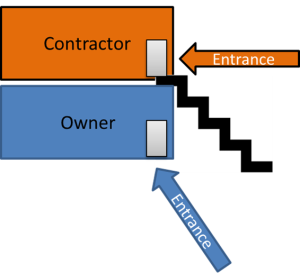 John shared an experience from a recent $150M Train Depot Station construction project.  The team decided that they would use a partnering approach and co-locate the project team in the same building.  When they kicked off the project, all of the owner and design representatives were located on one floor and all of the contractor employees were located on the second floor.  They had separate entrances.  The teams were in a sense "co-located"... they could walk downstairs and would occasionally bump into each other in the hallways, which improved informal communication. However, the team wasn't "gelling" as well as it could.

Co-located... but separated by company
In an attempt to improve the quality of co-location, NCC thought they might house the owner's 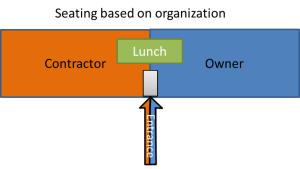 team in one side of the building and the contractor's team in the other side of the building on a single floor with a common entrance.  They also had a common lunch room, which allowed for more casual conversations to occur and helped build the team's sense of community.  Overall, this did allow the team to improve communication and helped reduce reliance on email, but it still did not set up the team as a united group. 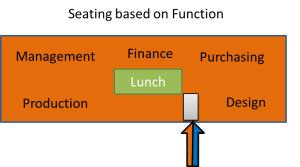 first the team was a bit nervous about this--what would happen if we have to discuss private things or discuss trade secrets?  What the team learned was that decisions were made faster, the group was more transparent and ultimately, the team was able to tap in to the collaboration that it had hoped to achieve through the co-location in the first place.  If a team member had to make a discreet phone call they could do it from home or offsite.

So, when you decide to co-locate, take time to determine how you would like to set up the team to optimize decision-making and transparency.  High functioning project teams speak in person, co-create solutions, and use email as a tool to confirm agreements, rather than as a tool to inform someone of a dispute.

I wish you the best of luck and hope that you can use the knowledge gained by our colleagues at NCC to improve your next project! 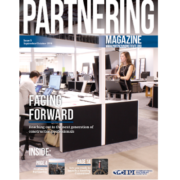 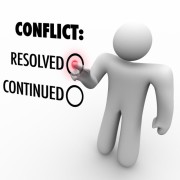