You are here: Home1 / Collaboration 20172 / Owner and Industry Panel: “Drivers for Successful Partnering”

Owner and industry leaders discussed the secrets to their Partnering success and navigating the challenges of long-term Partnering.

Ron Peckham is the Chairman of the Board of the C&S Companies, an integrated family of four companies providing planning, design, construction, design/build and operational support to airports and other customers nationwide. Ron’s interest in helping teams seek a higher level of project collaboration has been affirmed through his personal involvement in fifteen projects which have used Partnering for more effective communication, mutual accountability and success. He has been active in his community by supporting Syracuse non-profit organizations, and for fun he enjoys spending time with his family, wilderness camping with his kids, and water-skiing before work with his friends.

Pete Davos is a graduate of San Jose State University where he received a Bachelor of Science in Civil Engineering. During his last year and half of college and continuing after graduation, Pete worked for Piazza Construction Company. Pete joined DeSilva Gates Construction in April 1983 as a Project Engineer working on the highway approaches to the Dumbarton Bridge. In 1989 Pete was promoted to Project Manager working on several large Bay Area freeway projects. He advanced to Construction Manager in 1992, General Manager of Public Operations in 1999 and General Manager of Construction in 2009. In 2012 Pete was promoted to Vice President of Construction Operations.

Richard Grabinski has more than 23 years of experience in the industry and currently oversees Flatiron’s $650M annual business on the West Coast. He has been instrumental in the pursuit and construction of major Flatiron projects, such as the Oakland Airport Connector design-build, Calaveras Dam Replacement Project, WSDOT I-405 Tolling Facility design-build, and the Presidio Parkway P3 project. Richard is a member of the International Partnering Institute Board of Advisors, works as a mentor with the Caltrans District 4 Mentor-Protégé Program and serves on the Caltrans Construction Partnering Steering Committee. Richard has a B.S. in Civil Engineering from Santa Clara University in Santa Clara, California.

Ken Solak received his bachelor’s degree in Civil Engineering from CSUS and soon after graduating found his home at Caltrans. Since then, Ken has had many opportunities working in Design, Project Management, Transportation, Rail, and currently, in the Division of Construction as the Partnering Program Manager. His first experience with the Program began 10 years ago with the Fix- I-5 Boat Section project in Downtown Sacramento, where he was the Project Manager. Ken has worked with hundreds of teams to improve their project outcomes by sharing the value of open and honest communication, trust building and the practice of putting the project before the individual. 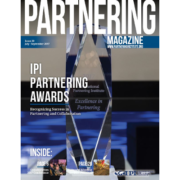 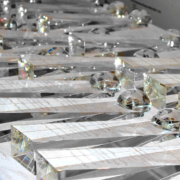 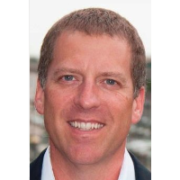 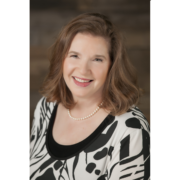