The New United States Courthouse in L.A  (SOM and VCG) and the Superior Court Central Courthouse in San Diego (SOM and OrgMetrics) were highly collaborative efforts to create a finished product that goes above and beyond its predecessor. 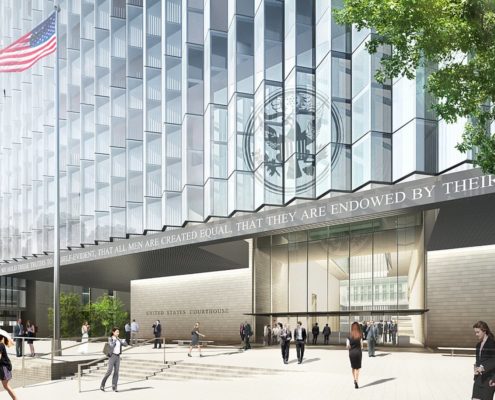 Completed in August of last year, the New United States Courthouse in Los Angeles replaces the former courthouse of 1938. The partnered project was recently recognized with a 2017 Gold Building Team Award from Building Design + Construction. It is an award that considers both the quality of the work, and the level of collaboration the team used to overcome challenges-- criteria perfect for partnered projects!

According to BD+C's page, the design-build team met in 7 neutrally facilitated partnering sessions over the course of the project. More project facts and a list of awards can be found on SOM's website. The courthouse is designed to meet LEED Platinum standards, and has a unique facade designed to reduce the amount of annual solar radiation load by almost half. 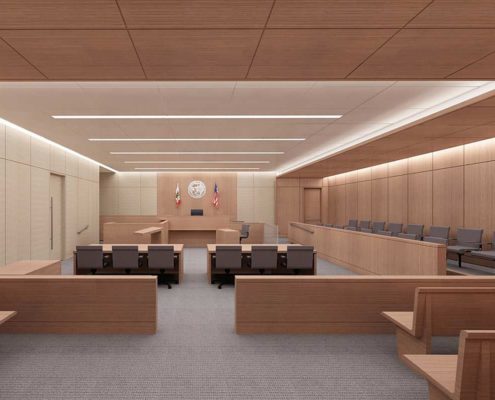 Replacing the old courthouse of 1961, The San Diego Central Courthouse project combines the three original buildings into one and is markedly safer than the original. The new courthouse is asbestos-free, eliminates contact between defendants and the public during transport from jail, has updated security processes, and reduces the threat posed by the city's active fault line. For more details on this project, see the following links to The San Diego Union Tribune and SOM's page here. The courthouse is set to open July 17th.